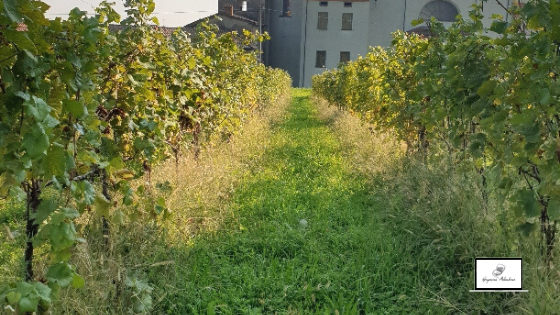 Emozioni dal Mondo is a wine competition that has a focus on Bordeaux-style wines made with the French grapes Cabernet Sauvignon and Merlot from all over the world. The wine competition started out in 2004 as a series of tasting events that were centered around the Bordeaux blend wines produced in the Bergamo area, more specifically within the Valcalepio consortium. The idea was thus taken from a closer reflection of a local reality to a broader international level. It was the oenologist Sergio Cantoni who was the driving force behind taking the Emozioni dal Mondo wine competition to an event with an international range. Sergio is originally from Piemonte but he has been working in the Bergamo area since the late 1970s where he is the director of the Valcalepio consortium and the Cantina Sociale Bergamasca (cooperative).

The Emozioni dal Mondo event is sponsored by and has the support of the OIV (Organisation International de la Vigne et du Vin), the consortium of Valcalepio, and the local cooperative Vignaioli Bergamaschi. Emozioni dal Mondo is an excellent way to learn more about Cabernet Sauvignon and Merlot wines as well as the Bergamo area.

Valcalepio DOC is a very small appellation in the province of Bergamo that stretches out on the hills around Bergamo from the Bergamo Alps in the north to mount Canto in the west and the Iseo Lake in the east. It is an area where the viticultural tradition dates at least to the Roman era, especially the area around Scanzo. Pliny the Elder talked about the Bergamo are as an area well-suited and very developed for viticulture, especially on the hills. Fast-forwarding to the 18th century, the cultivation of mulberry and sericulture, i.e. the breeding of silkworms took over as the main activity in particular on the plains around Bergamo. Thus, viticulture diminished in the area even to a degree that one started to buy wine from other areas in the 19th century. Like most other wine regions, also the Bergamo area was hit hard by the phylloxera. In the long 20th century, the area under vine increased and in line with times, it was focused on quantity rather than quality.

The Valcalepio DOC appellation was instituted in 1974 as a way to regulate the production towards quality. Focus fell more on the cultivation of international grapes such as Cabernet Sauvignon and Merlot. The image and visibility of the Valcalepio consortium have grown exponentially during the 2000s, to a great extent thanks to the Emozioni dal Mondo wine competition.

I am very happy and honored to have been invited to Emozioni dal Mondo in Bergamo during the last two years. A special thank you goes to my friend József Kosárka, wine writer, wine educator, and wine judge from Hungary who recommended me to the Emozioni dal Mondo organizers.

Wine and Culture at Emozioni dal Mondo in Bergamo

The Emozioni dal Mondo is not all about wine but the organizers have found a very nice mix between wine judging, visiting wineries in the area, and culture. The first afternoon, upon arrival, you get a guided tour of Bergamo and/or a museum. In 2020, we got a guided walking tour through the lower part of Bergamo accompanied by a remarkably knowledgeable tour guide while in 2021, they had organized a visit to a Rembrandt exhibition at Accademia Carrara di Bergamo. The second day is dedicated to the wine competition followed by a visit to a local winery in the late afternoon. This year the focus was on organic viticulture and winemaking where we had a tasting with different producers from the Valcalepio consortium in Rosciate. On the evening of the second day, there is a Gala Dinner with local food and wine, and some kind of entertainment in the form of song or dance. The last two years when I have participated, the wine competition and the gala dinner have been held at the Castello degli Angeli (the Angeli Castle) in the province of Bergamo. The castle is set beautifully on the top of a hill with a stunning view of the surrounding area.

As I mentioned earlier, the Emozioni dal Mondo event is a wonderful way to learn more about Cabernet Sauvignon and Merlot from all over the world. The wine competition is organized according to the rules of OIV and everything is always professional and runs smoothly. The 2021 Emozioni dal Mondo was made up of 6 commissions with 56 commissioners or wine judges from 22 different countries. 25 of the wine judges were Italian while the other 31 came from other countries such as France, Switzerland, Spain, the United Kingdom, the USA, moi from Sweden, etc. There were 220 wine samples entered in the competition from 18 different countries where they produce Cabernet Sauvignon and Merlot wines. Out of these 220 wines, 66 of them won a medal. The top three wines came from Italy, Croatia, and France.

Wine and Football in Bergamo…

Being a wine judge at Emozioni dal Mondo in Bergamo is always a lovely experience where you learn a lot about wine, meet with old and new fellow wine professionals, and get a chance to enjoy the culture that Bergamo has to offer. Bergamo is a city made up of the older part called Bergamo Alta (the old town Bergamo located on a hill) and the lower modern part of Bergamo built in the early 20th century. Bergamo is a very rich town and area since it during the 20th century became one of the most industrialized areas in Italy.

When I think of Bergamo, I, of course, also think of football (soccer), and the great Swedish football player who played in Atalanta, Bergamo’s football team, between 1984 and 1992. Just as when I see Glenn Strömberg at international football games where I interpret, I think of Bergamo. Glenn Strömberg played in the team of IFK Göteborg during its glory days in the 1980s, and when they won the UEFA Cup in 1982. After his football career, Glenn stayed on and still today lives in Bergamo. When our driver Efrem drove us around during Emozioni dal Mondo, what did we then talk about when he found out I am Swedish? …of course, about Glenn Strömberg and football.

Returning to wine, the Emozioni dal Mondo is an event I by now look forward to every year. Cheers!