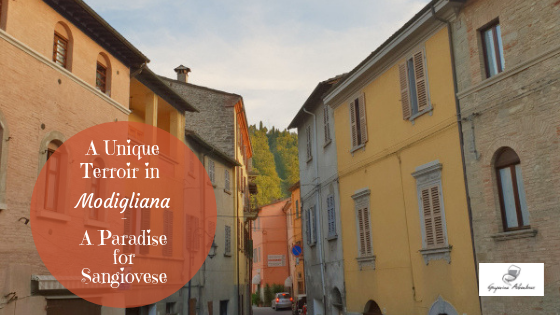 On a September Saturday, I hopped on a local train from Florence to Faenza, generally called the “trenino” because it puffs slowly up the ‘Tosco-Romagnolo’ mountain landscape. I was on my way to the wine event Modigliana, Stella dell’Appennino to learn more about the 10 Sangiovese producers in Modigliana and the special terroir there. Thanks to the wine writer and wine producer Giorgio Melandri, I had gotten an invitation from the group of producers organizing the event.

At this point, my designated driver, Luciano Ciani, one of the two owners of Azienda Agricola LU.VA in Modigliana had told me he was on his way to Marradi instead of Faenza to pick me up. I, therefore, hopped off in Marradi, from where we then finally continued to Modigliana.

For those of you wondering: what and where are all these places?

Crespino del Lamone and Marradi are small villages or communes along the Florence-Faenza train route. They are beautiful places on the Apennine with its mountainous landscape in northern Tuscany towards the border of Romagna. Modigliana, on the other hand, is already in Romagna territory just a few kilometres from the border. I will talk more about Modigliana, its history, and terroir below. 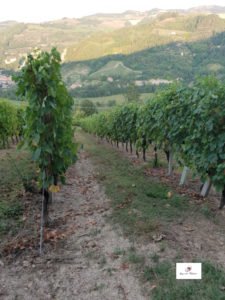 Arriving in Modigliana early on Saturday evening, we went directly to Luciano’s winery where I met his business partner Valerio and got a short tour. The powerful thing was when we went for a short walk in the Chardonnay and Sangiovese vineyards. The hillside, almost mountain landscape covered with forest surrounding their vineyards is like something taken from a painting. (More about their wines is to come in a separate article.)

They really did take so good care of me during my weekend in Modigliana. Basically, Luciano organized so his entire family took turns driving me back and forth from the agritourism and the centre of Modigliana. They also invited me for Sunday lunch together with some other friends that had come for the Sangiovese event. So, I cannot thank them enough for their kindness and generosity.

Modigliana, a commune with an interesting history

Modigliana, today called ‘Stella dell’Appennino‘ (Star of the Apennine), can be traced back to settlements there around 5000 years ago during the Neolithic period. The first time Modigliana is mentioned in any documentation is as a military camp referred to as Castrum Mutilum by Livy, the Roman historian. During the early Middle Ages, Modigliana was then a domain of the Conti Guidi family for several centuries. 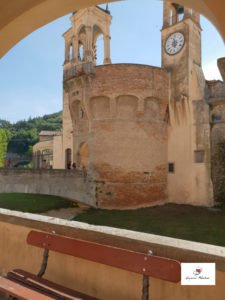 Let us now fast-forward to the 20th century and the incorporation of Modigliana and the nearby localities into Romagna. So far, it had before been a part of the Tuscan side of Romagna, i.e. the parts of Romagna being under Florentine administrative dominion.

Now, I knew that at some point these parts had entered into Romagna territory but I was not really sure of precisely when. Shame on me as an ex-historian. LOL However, even if I live in Tuscany since several years, I am still not that ‘attached’ to whether a part of Tuscany was lost at a certain point and the pain from that loss. Talk to me about Finland and the feeling of ‘a part of a limb’ having been cut off from Sweden ;-), as it has often been described in the literature and older documents, and I might become as passionate in my argumentation.

Mussolini, Il Duce, was born close to Forlì in Romagna and thus the Tiber could not have its source in Tuscany. That would have hindered his idea to show that he as Il Duce was predestined to be the ruler of the Fascist (Italian) Empire.

Modigliana does not only have a fascinating history, but it also has a very particular and unique terroir. The area around Modigliana is divided into three different valleys along three streams, namely the valleys of Tramazzo, Acerreta, and Ibola. 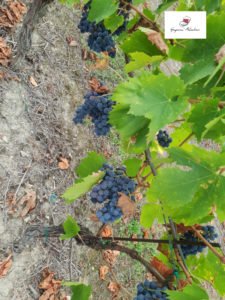 All the valleys are surrounded by forests, though the last one, Ibola Valley, is the one that is mostly located in a forest landscape and thus a bit wilder and secluded. The vines have been planted and adjusted themselves in the midst of the forest landscape. This gives rise to very interesting wines where you indeed feel the more wilder, rustic, and greener notes.

The forest is thus in these three valleys surrounding Modigliana considered as giving support and protection to the vines, lowering the temperatures during the daytime, bringing a distinct biodiversity, and creating a unique terroir.

What kind of soil do we then find in these forest-dominated areas?

Well, the soil consists mainly of marl and sandstone. This is the result of sedimentary rocks that during millions of years have been shaped into what they are today by the calcification of sand and clay. The location between rocks and forest has also had its impact on the development of the soil over time. It is indeed a poor soil that is difficult to cultivate on, however, it is a soil where the Sangiovese thrives.

This type of soil and the unique terroir gives rise to very elegant Sangiovese wines that are fresh, mineral, and salty.  Typically, the notes are of red berries, spices, balsamic, overall with a distinct green ‘foresty’ undertone. The bouquet becomes more complex with the years of ageing.

Sangiovese and its origin

Here I will not delve into the discussion regarding the origin of the Sangiovese. However, last year I got a copy of a book written by a local historian and journalist in Romagna, Beppe Sangiorgi, in collaboration with the consortium Vini di Romagna, where he after research in the local archives has traced the first mention of the name Sangiovese in historical documents. He stresses that ‘Sangiovese‘ would first have been referred to in an official document written close to Faenza. He, furthermore, argues that the area on the Apennine and especially in the context of the monasteries there was the centre for cultivation of Sangiovese in the early Middle Ages.

On the second day of the event in Modigliana earlier in September, they had also organized a short seminar held by Professor Francesco Salvestrini from the University of Florence. He talked about the importance of the monasteries on the ‘Tosco-Romagnolo’ Apennine in the early Middle Ages for the development of viticulture and winemaking. My curiosity about the Sangiovese di Romagna had already been piqued when I received a copy of the above-mentioned book but was even more so when listening to the seminar in Modigliana.

In another analysis of Sangiovese cultivars, it has been shown that these cultivars are very much similar to cultivars from Gaglioppo and Nerello Mascalese in southern Italy. Who would have thought?…that the origin of the Sangiovese stretches from Calabria and Sicily to Tuscany and Romagna. (See Ian D’Agata, Native Wine Grapes of Italy, University of California Press, 2014.)

Anyway, I am in no way trying here to give a comprehensive overview of the Sangiovese and its ancestry, rather I just wanted to make a few comments. 🙂

Workshop on the Sangiovese with tasting

The weekend in Modigliana was just filled with interesting seminars and wine tastings, of course. On Sunday, late in the morning, it was time for the combined workshop and tasting on the geography of the Sangiovese. Sangiovese wines from the areas of Amiata, Chianti Classico, and Montalcino in Tuscany as well as Sangiovese wines from Romagna were presented.

It was interesting to listen to the different producers that were present as well as some Sangiovese ‘experts’ from Tuscany, and how they were talking about the importance and influence of the local terroir and its characteristics in their wines. There was often a focus on discussing the nearness to forests and the importance of its fauna and biodiversity for the viticulture also in Tuscany. Now, I am not going to go further into the different areas of Sangiovese production in Tuscany and what was said, because this is an article about Sangiovese in Romagna. Furthermore, the article is already a bit too long.

Tasting of wines from the 10 Modigliana wine producers

After the fun, constructive, and instructive tasting-workshop on Sangiovese, it was time to taste the wines of the Sangiovese di Romagna producers in Modigliana. The Mercato Coperto in Modigliana then became the tasting room where you in a relaxed way could walk around and try different wines and chat with the producers.

Here, I will not single out any producer or attempt to write tasting notes for each wine producer’s wines. I will just say that tasting my way through them I did indeed notice the minerality and saltiness as well as the very much green, forest-like touch in the wines. Some wines had balsamic notes that bordered on medicinal with a noticeable presence of eucalyptus and similar. Most of them I found wines with clean notes and a distinct elegance.

Below you can find the list of producers. And, if you can find any of them in your hometown then I highly recommend that you buy a bottle or two, or three…Then we can exchange tasting notes and have fun. 🙂 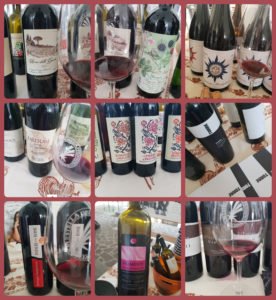 The Modigliana wine producers are: