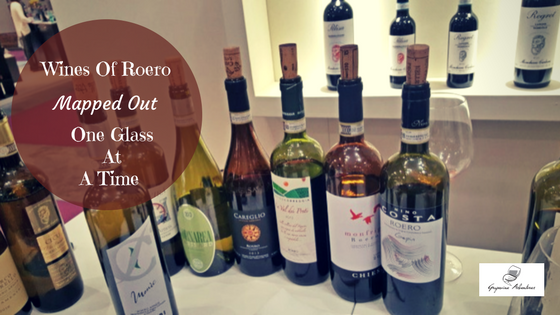 When Vinitaly soon is opening its doors, there is a lot of buzz going on already. Wineries, wine writers, influencers, importers, and wine lovers, in general, are posting about where they will be, what will happen, about meetups and much more.

Wine communication is at its height, not only strictly marketing but also the Human to Human communication. Friendships on social media are becoming IRL encounters, and this is what it is all about, right?

The beauty of social media communication done right is when contacts and friendships online are taken offline and become friendships and connections also in the daily life. Then if a working relationship is born out of this, even better. (See more in A World of Wine Communication at Wine2Wine)

Anyway, when I am now preparing my schedule of tastings and meetings for the next few days I came to think about one beautiful contact made on social media. Actually, this person was one of the first ones who started following my #WinesOfItaly #LiveStream on Blab almost 3 years ago. She was a great supporter of my wine live streams in the early days when I was still nervous about being on video live. 🙂

I am talking about Constance Chamberlain who via Wine & Co. LLC is helping to communicate the beauty and the importance of the Wines of Roero. Last year, she was writing me before Vinitaly asking me if I wanted to come taste Roero wines and meet the president of the Consortium of Roero, Francesco Monchiero. Of course, I said yes. 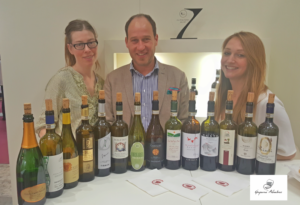 Thanks to Constance I got to taste a lot of wonderful Roero wines last year at Vinitaly. It is a wine area I did not know that well before. I posted a lot on social media about the tasting as I really enjoyed the wines a lot. However, there were so many, and I felt a bit overwhelmed about how to make them all justice in an article.

Last month, while talking about Piemonte at the Wines Of Italy course I am teaching at an American University here in Florence, I focused one part of the Piemonte lessons on Roero. While reading up on the area and the denomination, I realized that I really must write this article. It is past due time.

This will not be an article about tasting notes. We tasted so many wines that the article would be too long, and it would not be right to single out a few of the wines. And in any case, I prefer to tell you a bit about the Roero area, the denomination, and its history instead.

Roero is an area north of Alba in Piemonte, more specifically in the province of Cuneo. The Roero DOCG was recognized in 2005 and registered officially in an EU regulation in 2013. In 2014, the Consortium of Roero was instituted and formed by the wine producers in the Roero area. It is a fairly young denomination and consortium, but Roero has a very long history as a viticultural area dating to the Etruscan era.

During the Roman period, an efficient system of vine growing, and winemaking was developed but with the fall of the Empire also the viticultural tradition fell a bit behind. Instead, the focus turned to other kinds of products such as fruits and truffles from Alba, and the art of viticulture was mainly limited to the local monasteries.

From the early Middle Ages, local viticulture was slowly becoming restored and with the following arrival of the Kingdom of Sardinia in the 15th century, the general wine production became more consolidated.

It was then much later in the 1980s, that a focus on production of quality wines started that in the 2000s would become more technologically developed and lead to the institution of the Roero DOCG.

The soil in the Roero area is sandier than other areas in Piemonte. The sandy soil is mixed with limestone or clay depending on the subzones. The climate is also cold and snowy during winter time, chilly in spring and autumn, and very hot and humid during the summer.

There are two main grapes used in the Roero DOCG wines, namely Arneis and Nebbiolo. Then in each wine category, local non-aromatic grapes cultivated in Piemonte can be used up to maximum 5%. These are the two grapes characterizing the identity of Roero wines.

The name Arneis is said to stem from the place Renesio di Canale, turning then into Arnesio to in the end become Arneis. This grape was almost about to disappear in the 1960s, according to Ian D’Agata and was thankfully restored by two Barolo producers and a producer in the Roero area.

Even though it had almost become forgotten in the mid-20th century it used to be more known and also go under the name Nebbiolo bianco. Further, in the past, it also used to be added to Barbera and Barolo wines to make them a bit smoother. Another curious fact is that it seems that it in the past was also planted in Nebbiolo vineyards to attract the birds and keep them away from the Nebbiolo grapes. Arneis grapes were sweeter and considered of less worth than the Nebbiolo.

Arneis is a grape that is quite sensitive to disease and can, therefore, be tough to grow. Another problem is that its acidity is reduced rather quickly when it ripens which makes it essential to pick it at the right moment. That was another nuisance for farmers in older times as they often did not have time to oversee the Arneis grape every day.

The Arneis grape seems to give the best of itself in the Roero area and produce wines with complex notes and flavors. Typically the wines are mineral and can have notes of flowers, citrus fruits, peach, apple, pear, and a hint of almonds or nuts that comes out more with aging.

Nebbiolo is, of course, THE GRAPE in Piemonte. Already Plinio the Elder talked about this grape variety and referred to it as the nubiola grape, a word that means fog. The grape is mentioned in the literature already in the early Middle Ages. It is a grape that has always been considered very important and giving rise to high-quality wines.

In the 19th century, Nebbiolo, even more, claimed its rightful position as THE GRAPE in Piemonte when Count Camillo Benso di Cavour and the Marchesa di Barolo Juliette Colbert Falletti improved and modernized the winemaking techniques with the help of a French oenologist. This to produce a dry red wine in Bordeaux style that would be suitable for aging and sustain transport for export.

Some years after, the crisis due to the phylloxera would arrive and the viticulture in Europe would only be restored towards the 1930s.

In the Roero area, Nebbiolo wines have in general more aromas and a bit less body. The wines are elegant and smooth with notes are of red fruit, such as sour cherries, and spices.

Last year, the “Grand Cru” map (Menzione Geografica Aggiuntiva, MGA) of Roero was also presented. This means a map that defines the top vineyards places and classifies the different subzones of Roero.

What does this mean then?

Well, it means that the map defines those areas in the Roero territory that are best suited for the cultivation of Arneis and Nebbiolo grapes followed by wine production with a view to overall terroir.

What about the wines we tasted…?

At Vinitaly last year, we tasted a lot of Roero wines ranging from sparkling to white and red wines.The wines were as follows: