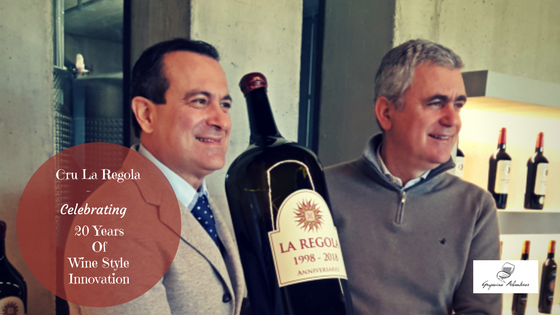 What better way to chase away the winter and welcome the spring than going to Bolgheri and Podere La Regola for a 20-year anniversary of their Cru La Regola, right?

The winter has been tough this year, it has been very cold and it feels like you drag around on a running nose, cold, and fever since December. In early March, the fever hit me again and I was bedridden for several days. Therefore, it was all the more like a boost of energy to be in Bolgheri on the first true days of spring some week ago.

So, while the spring arrived suddenly on March 8th, International Women’s Day, so did also the national train strike here in Italy. LOL I was supposed to take the train to Cecina and then be picked up from there. In the end, we got our ‘personal’ driver who came to get us directly in Florence at the train station.

When we arrived in Bolgheri, we first went to check in at the Resort Le Tegole where La Regola winery had arranged for us to stay. It is a resort tucked in beautifully in the Tuscan landscape with a stunning view over the Riparbella area.

We got some downtime to settle in and enjoy the view before we headed over to La Regola winery to get to know the owners, tour the winery, and then have dinner paired with their different wines.

The owners are actually very much part of Fisar (one of the Italian sommelier associations) and had I had often heard talking about them by my fellow Fisar friends but never met them. So it was a fun coincidence to be invited to their 20-year anniversary event.

La Regola between history and innovation 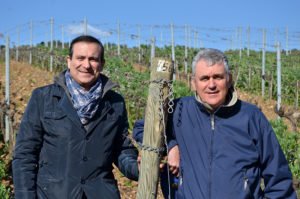 La Regola winery is owned by the Nuti family. They have owned land in the Riparbella area since the early 19th century but it was only in the early 1990s that they started up a true winery. It was Luca Nuti who decided to start producing and bottling quality wine. Today, Luca runs La Regola together with his brother Flavio Nuti.

They also cultivate other native grape varieties such as Vermentino, Trebbiano, Malvasia, and Colombano. The last three grapes are mainly used to produce their passito. Alongside the native grapes, they decided to plant and focus on cultivating international grape varieties to be in line with the French style winemaking in the Bolgheri area. They are cultivating mainly Cabernet Franc followed by Merlot, Cabernet Sauvignon, Petit Verdot, and Gros Manseng.

Podere La Regola is an organic winery and in fact, their philosophy is to produce in harmony and respect of nature. Two years ago, they also inaugurated a new environmentally sound winery building in three floors that have been designed by the architect Sergio Scienza.

This new winery includes a wine cellar, a wine shop, a storage area, a space for various kinds of events on the top floor, etc. The Nuti family’s philosophy is to combine territory, nature, and man as well as wine, food, and art into a holistic harmony.

In fact, they commissioned the artist Stefano Tonelli to create frescos in their barrel cellar room, called Somnium. These are frescos that have been created within the project “A Regola d’Arte” and refer back to the Etruscans and the universe. The barrel cellar is indeed impressive and gives a special charm to the winery.

Let’s now continue to the main event of the two days at Podere La Regola, namely the vertical tasting of Cru La Regola…

In the first years of Cru La Regola, Sangiovese was the grape still being at the heart of this wine. They tried out combinations with various percentages of Sangiovese, Cabernet Sauvignon, and Merlot. Sangiovese remained the important grape characterizing the Tuscan heritage. These are years that express the sanguineous, fruity, and a bit ferrous traits of the Sangiovese.

I especially liked the 1998 because after 20 years it is still so vivacious and with a lovely ripe fruitiness. In the 2000 and 2001, you feel more the green undertones of the Cabernet Sauvignon.

Searching For a Style

The years in the early 2000s were more characterized by experimenting with blends of the various international grape varieties Cabernet Franc, Cabernet Sauvignon, and Merlot, trying to find the ultimate combination. Even though there is a certain part of Cabernet Sauvignon in this period where different percentages are tested, in the end, it seems that the Cabernet Franc was already the leading grape in these years.

It is indeed in the 2009, with 85% Cabernet Franc, 10% Merlot, and 5% Petit Verdot, that you feel a nice fruity sweetness and balsamic, herby influence (the Mediterranean scrub herbs) from the Cabernet Franc. Furthermore, it gives a certain balance to the wine.

Now I am not saying that any wine being a monovarietal Cabernet Franc wine is a perfect wine. However, in the history of Cru La Regola and the work in finding a perfect blend, it seems that a 100% Cabernet Franc was the right solution for Podere La Regola. In the vintages 2011, 2012, and 2014 they continued with the blend 85% Cabernet Franc, 10% Merlot, and 5% Petit Verdot.

The 2014, considering what a difficult year it was, is a very interesting wine where the acidity, red sweet fruit, and the Mediterranean balsamic hint come together in a balanced unity.

The 2015 where the winery decided to start focusing on 100% Cabernet Franc has a whole new and interesting style. I believe it was the goal of Luca Nuti to arrive at a point where Cabernet Franc became the grape number one in Cru La Regola. It is a wine that communicates a fresh, light, and modern style. (Though modern is perhaps not the right word here because we are not entering the discussion about what is modern vs traditional. LOL)

The ripe fruit and the herby undertones combined with the smooth, sweet, and structured taste makes it a very refreshing wine in its style.

The visit to Podere La Regola in Riparbella in the Bolgheri area was fun and at the same time an opportunity to learn a lot. Podere La Regola has developed a lot since they started out to produce wine in a more organized manner in the early 1990s.

The vertical tasting of their Cru La Regola was also a way for us to follow their development year by year. We got a glimpse into the various vintages, the decisions they took step by step and how they seemed to have a special love for Cabernet Franc almost from the start.

The development of this wine has also followed the general change in trends when it comes to winemaking in Italy during the last 20 years. Here it is not only about the choice of grapes but also the work in the vineyard and in the wine cellar that counts.

The two days in Bolgheri at Podere La Regola was a great way to learn more about the area and the winery in question. The sunny and warm spring days helped to make it into an enjoyable stay.

Check out a selection of photos from the dinner below. 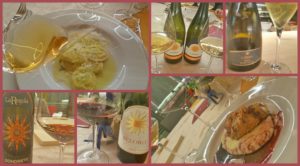