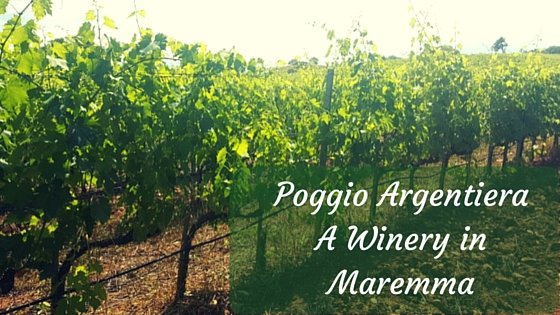 … and now, fair Italy!
Thou art the garden of the world (…)
From Childe Harold’s Pilgrimage, Canto IV
By Lord Byron

So I know I always return to the poets of the Romanticism and Nationalist period in 19th century Europe, but, after all, that is the period I studied in my historical research. Have patience with me…;-)
While sitting on the train from Pisa to Campiglia Marittima, the first thing that strikes you is, yes, well that the train is indeed very slow and that, of course, the Intercity you were supposed to take had ended up being 45 minutes late due to some technical problem…However, returning to the first (or second thing) that strikes you, it is the beauty of the landscape. Certainly, all of Tuscany or, in truth, all of Italy is very beautiful, but getting closer to Bolgheri and then Maremma, you really do feel like in a sort of “garden of the world”. The reason I, in mid-June, sat on a train enjoying the view of sea and green landscapes, was an invitation received to visit the Poggio Argentiera winery, which is now a part of the Tua Rita group. Almost two days of hanging out with wine people, tasting very interesting wines and learning more about Poggio Argentiera and the Maremma area that I will tell you more about below.

A bit of history about Poggio Argentiera

In 2015, it was announced that Tua Rita would take over the management of Poggio Argentiera by means of a long-term leasing contract ending in 2039, thus creating the Tua Rita Group. In that way, a merger was made between two important wine producing realities in Val di Cornia and the lower Maremma area, Tua Rita and Poggio Argentiera respectively. The idea behind the merger was for Tua Rita to be able to enlarge itself without having to drastically change the management of their largely still family run winery. Thus, by doing their research they found Poggio Argentiera and entered an agreement of a long-term lease with them, in that way having two different, but still geographically close, wine realities.

Let’s start by talking about Tua Rita, which was founded by Rita Tua and Virgilio Bisti in 1984 who were starting out with only 5 acres of land. This would soon be extended to 22, 50, and finally the 74 acres it has today. Apart from Rita Tua and Virgilio Bisti, a key figure in the more commercial development of the winery has been, and is, Stefano Frascolla, their son-in-law. Since 2010, also Simena Bisti his wife, and daughter of Rita and Virgilio is a part of the daily running of the winery. Recently, they have also opened a wine bar and restaurant, Winó, in the small sea village San Vincenzo. The general manager of the Tua Rita Group is Paolo Fillini (who we discovered is a real expert on barbecue too, grilling a delicious bistecca on the second day we were there).

Now, let’s look closer at Poggio Argentiera, which was the focus of our visit back in June. This winery was started up in 1997 by Giampaolo Paglia, an agronomist native of the Maremma territory. It comprises the two smaller farms, Adua and Keeling, with a total of 50 acres of vineyards within the denomination of Morellino di Scansano DOCG and is organically certified since 2009. According to the regulation, Morellino di Scansano DOCG wines have to contain at least 85% Sangiovese and the rest can be other red grapes which are typically cultivated within the area. The vineyards of the Adua farm are facing the sea very close to Marina di Alberese, while the vineyards of the Keeling farm are situated on the hills in the Scansano district. Even though the winery was only founded in 1997, the Adua estate dates back to the early 20th century. On the second day of our visit, we went to visit some of the vineyards belonging to Poggio Argentiera, in the heart of Maremma. This is a favorable area for the cultivation of grapes thanks to its closeness to the sea, a lot of light, and the general continental climate.

A Wine Tasting like no other…at Winó in San Vincenzo

After having settled in at the hotel, managing to take a swim also in the pool with water from the hot springs, we continued to San Vincenzo and the wine tasting at their wine bar, Winó. After a brief introduction by Stefano Frascolla, we were guided through the wines of Poggio Argentiera and Tua Rita by the young and dynamic oenologist Alberto Biagini as well as by Stefano himself. Poggio Argentiera produces five different wines, but it is the red wines I will focus more on here, namely the Maremmante Maremma IGT, Bellamarsilia Morellino di Scansano DOCG, and Capatosta Morellino di Scansano Riserva DOCG, their most important and well-known wine.

Maremmante Maremma IGT (2015) is a 75% Cabernet Franc and 25% Syrah wine. It is an aromatic wine with notes of under vegetation typical of the Mediterranean and you can also feel a strong influence of the sea. The Bellamarsilia Morellino di Scansano DOCG (2015) is a 100% Sangiovese with the typical notes of red fruit. It is fermented and aged in steel vats. Last, but not least, the Capatosta Morellino di Scansano Riserva DOCG (2013) is a wine made with the grape varieties Sangiovese and Alicante. It has notes of red fruit, leather, and cacao. It ages in oak barrels for 15 months and then in bottle for another 15 months.

We also had the opportunity to taste a couple of samples directly from the barrel on the basis of Sangiovese, Syrah, Cabernet Franc, and Grenache that they are experimenting with in order to decide how to develop the labels of the winery for the coming years. It was indeed very interesting to taste these samples and listen to Alberto Biagini talk more in detail about the work they are doing to analyze the different blends.

The wines of Tua Rita

Of course, we should not forget to talk about the wines produced by Tua Rita, which on the international scene already talks a language of their own. Redigaffi which is a 100% Merlot was awarded 100/100 points by Robert Parker in 2000 and is generally awarded between 90-100 points also by Wine Spectator most years. Kerin O’Keefe writing for the Wine Enthusiast has described it as a “firmly structured but polished” wine with notes of black cherry, pepper, licorice, and coffee. Another of their well-known red wines is Giusto di Notri which is a blend of Cabernet Sauvignon, Merlot, and Cabernet Franc. Other wines are Rosso dei Notri, Perlato del Bosco, Syrah and the white wines Lodano and Perlato del Bosco Bianco.

It did not end here, though, Tua Rita also has a side business as importers of wine and thus we could taste some of the foreign labels they import, such as Champagne Beaumont des Crayéres, a Riesling from Austria by Pichler, and a Veltliner from Mantlerhof in Austria.

After the wine tasting…

Now you might think, can it get any better than this? A wine tasting with a wide selection of good wines… Well, yes, it can! After the wine tasting and note taking, it was time for the dinner with a series of impressive fish courses, and a meat course, accompanied by more wine. So, lucky me that I had for once only been tasting (spitting) before and not drinking all the wines. 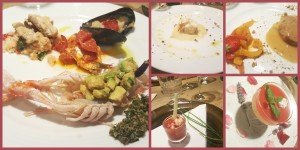 The visit to the restaurant and then the Poggio Argentiera estate further south in Maremma was two days of full immersion into their history, wines, and vineyards. It was nice to learn more about and taste the wines of both Tua Rita and Poggio Argentiera, which are produced in two very close, but slightly different areas. With the merger, they have created a dynamic management of the two wineries. Would you happen to pass by Maremma, I can warmly recommend a visit as the wines are very interesting and the area is also extremely beautiful.

10 thoughts on “Poggio Argentiera – A Winery in Maremma”