At #WinesOfItaly Blab on Tuesday, January 12th, my guest was Valeria Losi from Azienda Agricola Losi in Castelnuovo Berardenga close to Siena. Valeria told us that her role in the family winery is to act as a sort of brand ambassador. Thus, she travels a lot over the world to promote the winery. She continued saying that from production to marketing, everything is handled by themselves within the family.

A bit of history about the Losi Winery…

They are winemakers since 1870, but, in the beginning, they were not the owners of the land. Only in 1954, did they become owners to the estate and started out with only 10 ha. After some time, the surrounding estates decided to sell their land lots to the Losi family. So today they have reached 22 ha, of which 14 ha is for Chianti Classico wines and the rest of the land is for IGT wines. All the vineyards of the Losi family are situated around the winery, in that sense you can really talk about a unique local territory and its traits. Their red IGT wine Cavalier Tranquillo is a wine produced in typical traditional Chianti style according to the late 19th century innovative recipe of Baron Bettino Ricasoli, Castello di Brolio. According to his recipe, you should use 7/10 Sangiovese, 2/10 Canaiolo and the rest was Malvasia del Chianti (later on Trebbiano Toscano was used). In the IGT Cavalier Tranquillo, there is 80% Sangiovese, 15% Canaiolo and 5% Malvasia and Trebbiano, so it is really almost identical to the old formula created by Ricasoli. 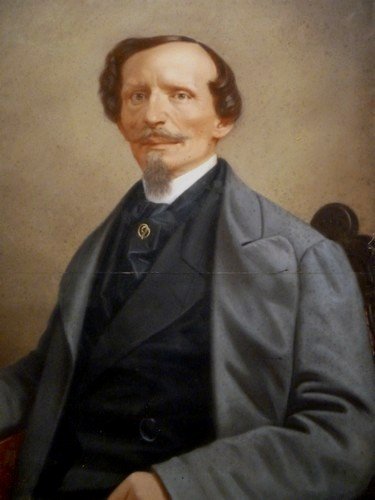 The Chianti wine in old times was a wine for every occasion, even for breakfast. Valeria here told us how her great, great-grandfather always used to bring a bottle with him in the field, being a mix of water and wine. He apparently did not like water, rather he argued that water should always have a bit of color. So in old times, the wine was not just something you drank for pleasure, rather it was an essential everyday beverage. Thus, it was often half water, half wine to not be too heavy.

As a way for the Consortium of the Chianti Classico to differentiate itself from the Consortium of Chianti, the former decided to abolish the right to use white grapes in the Chianti Classico wines in 1996. It was also a way to improve the quality of the wine. According to the present regulation, you can have a minimum of 80% Sangiovese and a maximum of 20% of other red grapes which are suitable for wine production in Tuscany (Canaiolo, Colorino, Merlot or Cabernet Sauvignon).

Zoning of the wine area

Zoning is a term that refers to typical traits of a territory, or what is distinguishing a specific area from others. Here also, according to Valeria, the history of the specific area is important in order to better understand the culture of the territory and its typical traits. The area of Castelnuovo Berardenga has the shape of a butterfly and was named as such by the Grand Duke of Tuscany in the 16th century. Castelnuovo Berardenga has since always been closer and belonged to Siena rather than to Florence, also due to the Medieval legend about the Black Rooster. See my article, Words at the Wine Bar – a mini course. 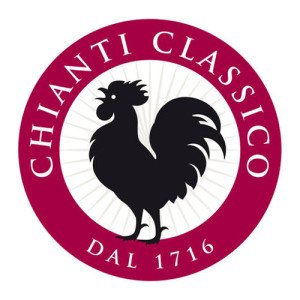 Therefore, it has always been much more influenced by Siena. When it comes to the characteristics of the wine itself, its taste is more forceful and full-bodied. This depends a great deal on the fact that the land is at a lower altitude than in other Chianti Classico areas, such as Gaiole, Radda or Castellina. However, she also stresses that a well-known oenologue has said that it is difficult to talk about one single type of wine that defines the Castelnuovo Berardenga territory, rather there are thousands of different wines all characterizing the area. This is due to the fact that every area, in reality, is a sub-area and different from all the others.

Valeria continued here, by taking their wine Chianti Classico Querciavalle as an example of a sub-area to Castelnuovo Berardenga. The Querciavalle vineyard is in a valley with the shell shape of Piazza del Campo in Siena, which is the main square where the Palio is played out every year. What is specific of this valley is that the ripening of the grapes occurs very early, thus they are one of the first producers to harvest in the area. This also contributes to the development of the aromas.

[ctt title=”The Chianti wine in old times was a wine for every occasion, even for breakfast” tweet=”” coverup=”mfUrE”]

Valeria then talked a bit about the Gran Selezione, which is a fairly new type of wine being the top category in the pyramid of the Chianti Classico regulation, in vigour since February 2014. The grapes of the Gran Selezione needs to be grown by the winery itself and the wine must be aged 30 months, including 3 months in bottle. She then explained that their Chianti Classico LOSI Millenium, consisting of Sangiovese and a small part of Canaiolo and Malvasia Nera, already is aged for more than 30 months, i.e. 36 months. This was decided back in 2000, before the entering into vigour of the Gran Selezione. They only produce around 2000-2.500 bottles of this Riserva per the vintage produced. The year 1997 was an epic year in Tuscany, and Valeria explained that this was the reason why her family decided to make this special and different type of Riserva, which was launched in 2000. It was supposed to be only a one-time thing. However, all the clients and people, in general, were very excited about this Riserva and thus convinced the family to continue with these select Riserva vintages, such as 1999, 2001, 2003, 2005, 2007.

Valeria decided to talk a bit about their Vin Santo production too. She stressed how important it is to use very old barrels, so called carratelli. They use carratelli in chestnut and juniper going back five generations in their family history. The grapes used for the Vin Santo is a selection of Malvasia and Trebbiano. If you choose to produce the wine with red grapes it is called Vin Santo del Chianti Classico occhio di pernice (the Partridge eye). In the Losi family, they only make Vin Santo with white grapes, though. They use 50% Malvasia and 50% Trebbiano, they are hung up on hooks to wither from September to the end of November or early December in order to develop the noble rot (la muffa nobile). After that, the grapes are pressed, with an old manual press, as the juice, or liquid, is sort of like a syrup and very sticky so the new press cannot handle it very well. The liquid is then immediately transferred to the small barrels (carratelli) and aged for 10 years. After this long period, the liquid in each barrel has a taste of its own, for example, more or less dry or sweet. Therefore, it is essential to make a good blend. She says that her father is the master of making the right blend. Their Vin Santo is sweet in its taste, but still not too sweet. Typical notes of their Vin Santo are dry fruit, prune, chestnut, and chestnut honey. They produce about 1000 bottles of Vin Santo for each vintage. Regarding the red wine, they produce around 100.000 bottles all together.

[ctt title=”The area of Castelnuovo Berardenga has the shape of a butterfly and was named as such by the Grand Duke of Tuscany.” tweet=”” coverup=”y4LtP”]

Below you can listen to the blab: