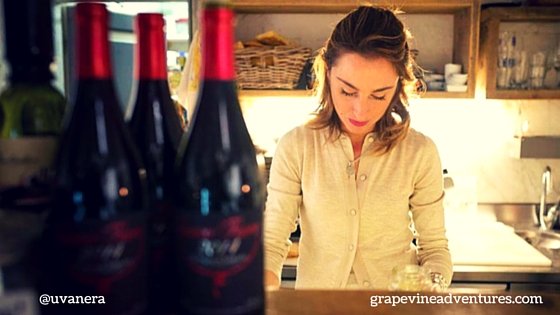 At the #WinesOfItaly Blab before Christmas, Costanza Yael Aviv Castelnuovo-Tedesco, owner of the wine bar Uva Nera in Florence, was a guest. She talked about her wine bar and presented two wines and the producers behind them. The producers are Panizzi, well known for their Vernaccia di San Gimignano, and Vallone di Cecione, producing a Chianti Classico and Campo dell’Orzo, which is a blend of Cabernet Sauvignon and Sangiovese.

So while Costanza was at her wine bar talking about Tuscan wines, I was actually back home in Sweden for the holidays and blabbing from there. As you can see in the beginning of the blab, I had Amadeus, the son of my friend Cecilia, next to me. He had great fun, and he speaks very well English for being so young. At certain points during the blab, I noticed the sound was delayed so sometimes I am talking and replying completely out of the blue because I did not hear very well.

Why a Wine Bar?

My first question to Costanza was why she decided to open a wine bar. Her first reply was: “…because I am completely mad”! Her more serious answer after this was that she decided to be able to offer excellence in her wine bar by selecting genuine products from very small producers who can offer a high quality without being too pricey.

With this in mind, Costanza chose to talk about the producer Panizzi this evening, because in a critical period for the Vernaccia di San Gimignano, in general, they were able to elevate and make the Vernaccia stand out as well as revitalize a wine area which was on its way to falling into oblivion. Panizzi produced its first Vernaccia in 1989. In those years, it resisted the trends and wishes from a more international audience in favor of maintaining the typical and unique traits of the local territory. Even though they are working to preserve the uniqueness of the territory, they export 70% of their production. On their website, they list to which countries they are exporting and, more specifically, which states in the US where you can find their wines. 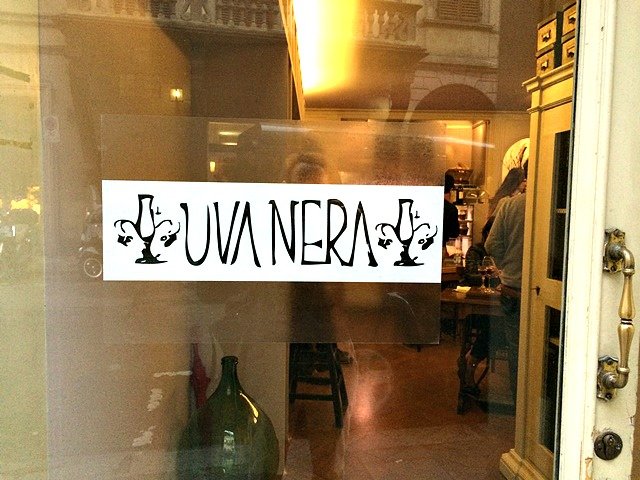 At this point there was a question to Costanza from one of the fellow blabbers:

What do you consider a small producer?

Costanza replied that according to her, a small winery is someone producing around 1000 bottles.

Returning to Panizzi, they are a quite large producer after all because they produce around 300.000 bottles a year, but Costanza stressed as mentioned above that they are attentive to the local unique traits of the territory.

The Vallone di Cecione is a small producer in its true meaning, producing around 1400 bottles a year. They are located close to Panzano in Tuscany, and it is a family run winery. They have around 4 ha of vineyards and are certified for organic production since a couple of years. Their oenologue is Adriano Zago, who according to Costanza has contributed a lot to the high quality of wines they produce. They produce a traditional Chianti Classico with the grapes Sangiovese and a small part of Canaiolo. They are very small and thus, they are likely not easy to find in other countries.

Costanza was very happy to participate and she promised she will be back soon to talk about other local wineries and their wines during the coming month.

Below you can listen to the blab to get the whole picture.

Next Tuesday, on January 12th, Valeria Losi from Azienda Agricola Losi close to Siena will be our guest talking about their winery and the different wines they produce, mainly Chianti Classico. Hope to see you there!

5 thoughts on “Wine for Christmas at #WinesOfItaly Blab”